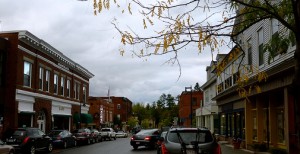 Williams, as a residential college, strongly believes that students living on campus together is an important aspect of community-building during their time at Williams – and thus, the College requires its students to live on-campus. At the same time, due to fluctuations in enrollment numbers and changing on-campus bed-count numbers, the College releases a certain number of students from the on-campus living requirement for their senior year. These students typically live in houses or apartments in close proximity to campus that are owned and managed by entities other than Williams (landlords, real estate agencies, property management companies, etc.).

Students in the Class of 2024 who wish to be released from the College’s on-campus living requirement for their senior year must meet all of the qualifying criteria and follow the instructions (see below).

The College communicates annually with known local landlords to explain and reiterate the College’s policy.

The College strongly urges students to think twice before signing a contract with a local landlord for senior-year housing before you know, for sure, that you will be released to live off-campus. Again, simply signing a rental agreement with a landlord does not guarantee a release from College housing.

The application process for the Class of 2024 will launch on the Williams Housing Portal (look under the “Next Academic Year” tab) on September 30, 2022. The priority application deadline is October 5, 2022. Requests submitted after the priority deadline will be considered on a rolling basis.

1.  Applications are by individual student. If the number of applicants goes over the cap, a lottery may be held to determine who is (and is not) released.

2.  Applicant names are reviewed by the Dean of the College and the Director of Campus Safety Services. Permission to be released may be denied should this review suggest that an off-campus living option may not be the best option for the student or for the off-campus community.

3.  Any student given permission by the College to be released must complete the Student Acceptance of Release section in the Housing Portal by the deadline given when the release is offered, including the following acknowledgements:

4.  All students who are released must do all of the following:

Covid-19 is an ongoing concern in our region, including on campus. Safety measures are in place, and campus community members and guests are additionally advised to take personal precautions. See the college's Covid-19 website for information about campus policies. For the latest research and recommendations from the CDC, visit cdc.gov/coronavirus.